Reality Fighting returns to Mohegan Sun Arena in Uncasville, CT on January 6, 2018 for a night of MMA fights and for the first time grappling superfights. Tickets start at $45 and can be purchased through any RF fighter, the Mohegan Sun box office, or Ticketmaster (click HERE to purchase tickets through Ticketmaster). This is an all-ages show. Doors open at 6:00 PM. Grappling Superfights will take place from 7:00 until 8:30 PM. The first MMA fight will be at 8:30 PM.

The main event features a Heavyweight Title Fight between Connecticut’s Parker Porter and New Jersey’s J.A. Dudley. Parker is a former Reality Fighting titleholder who is looking for a triumphant return to the cage. J.A. is a veteran of 25 fights having done battle with many of the top fighters in the Northeast.

A lightweight bout will feature undefeated Joe Giannetti (6-0) taking on 4-2 Dan Dubuque. This is a fight New England MMA fans are already talking about. This fight promises to be a great one.

Making her pro debut will be Reality Fighting amateur champion Destiny Quinones. Destiny takes on South Shore Sportfighting’s Danielle Hindley in a strawweight bout. Both fighters are well rounded and have a ton of experience.

In an Amateur Lightweight Title Fight, Matt Bienia takes on Nate Ghareeb. These are two of the best 155 amateur fighters in New England.

The Grappling Superfights confirmed for the January 6, 2018 Reality Fighting event is stacked featuring many of the top grapplers and instructors in New England. Look at these matches:

Watch the MMA fights at FloCombat.

Thank you to all the fighters, grapplers, and fans who made this a great night. We look forward to seeing you back at Mohegan Sun Arena on Friday, May 4. 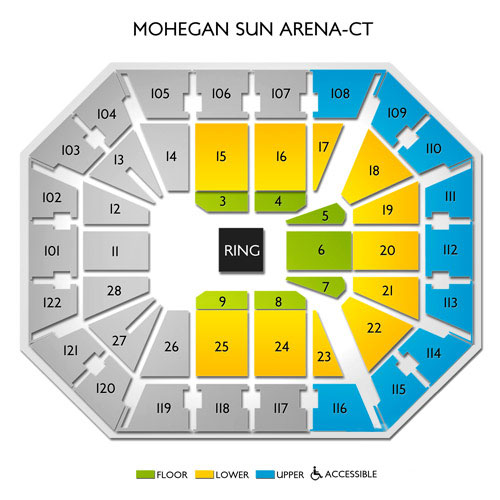 To reserve a room at Mohegan Sun click HERE or call 888-777-7922. Please note that we do not have a NAGA rate with the hotel. For more hotels in the area visit Hotels.com.