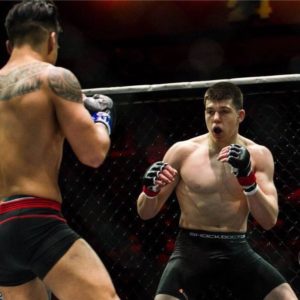 We are excited to announce this next fight for the January 6, 2018 Reality Fighting at Mohegan Sun Arena. Making his pro debut at 170 pounds will be Jesse James Kosakowski. Jesse will be fighting Hugh McKenna out of Long Island MMA. Hugh is a Bellator veteran who holds a 1-1 pro MMA record with his win coming on the Bellator NYC show.
Jesse went undefeated as an amateur and looks to continue that streak as he begins his pro MMA career.
Tickets are on sale now and can be purchased from any Reality Fighting fighter, Ticketmaster, or the Mohegan Sun box office.